In the afternoon of September 24th, I caught a ride with Spiderman and Rebel Yell from Grafton Notch to Bethel, ME. It was a fairly long ride, so we were rather appreciative to the nice man who offered to take us. Upon arriving in town, we found the pizza joint and began eating our fill. After enjoying dinner and letting our phones charge, the sun began to hang low in the sky. Getting a rider it of town seemed unlikely, so we decided to hole up at the Champan Inn for the night. They have actual rooms, but we bunked in the hiker room that has a hostel like set-up. After a few broken hours of sleep, shower, and sluggish resupply, it was it was time to hit the trail. On my way out of town, I stopped by the local gear store and had the tips changed on my trekking poles. Looking at the new shiny tips, butterflies fluttered within me. I realized these would be the ones to assist me in summiting the most challenging mountain I had ever climbed. Katahdin. Although I felt a small amount of excitement, the truth was–I was ready to be done. It was September 25th, and I still had over 200 miles to go. Baxter State Park, in the event of adverse weather, could officially close in 18 days. 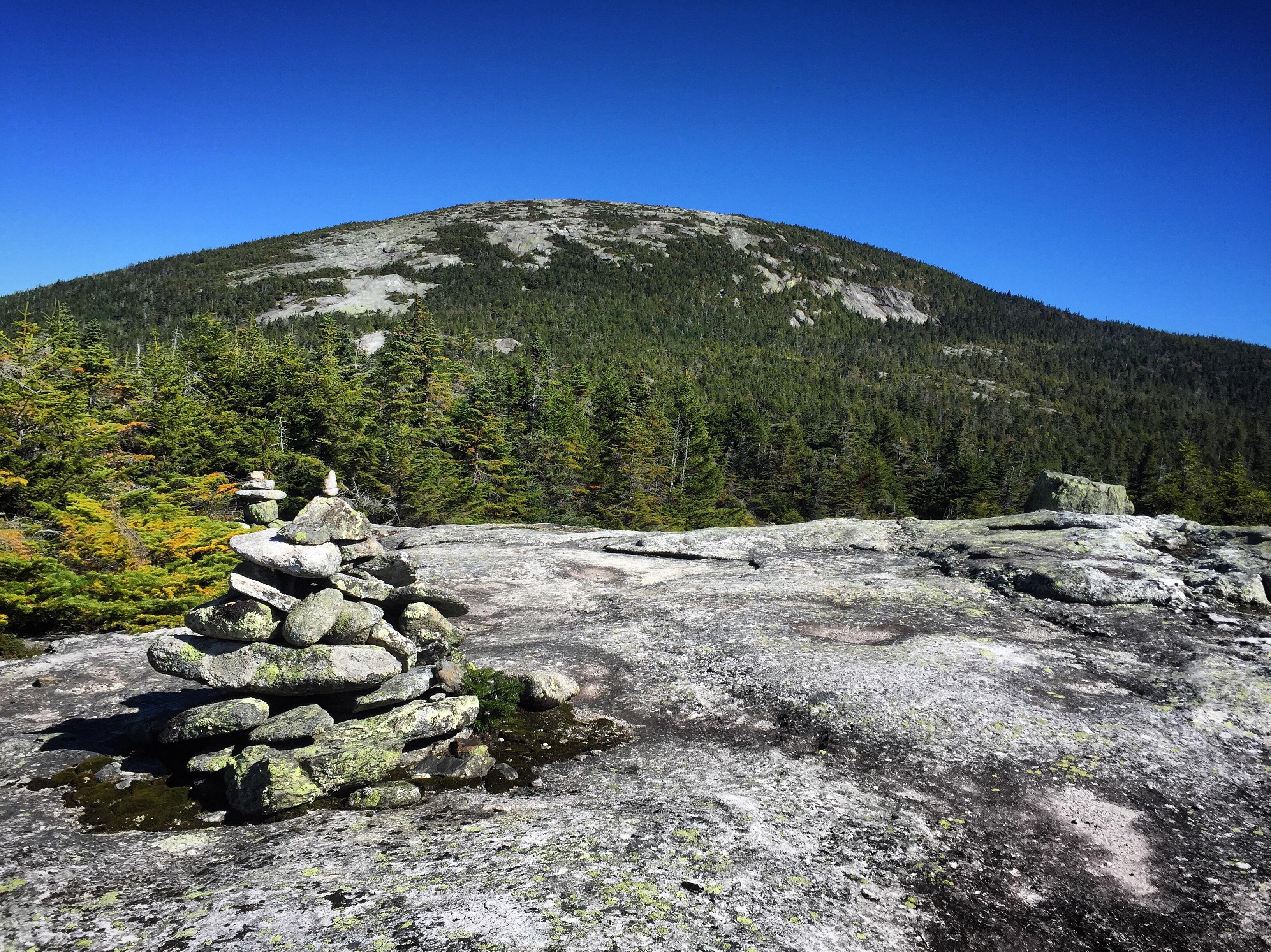 One would probably imagine this underlying sense of urgency might overcome a hiker toward the end of a journey like the Appalachina Trail–creating an excessive boost of energy. But, for me, it had quite the opposite effect. My energy level and emotional state, at the time, were more comparable to the procrastination-induced nausea a college student feels just before finals. But, honestly, it was 100 times more nagging. After getting a ride out of town that afternoon, I hiked only a couple miles before stopping at Baldpate Lean-To. I told myself that tomorrow I would make miles.

The next morning, Rebel Yell told me he was going to have to pick up his pace because he was aiming to be done within the first week of October. I thoroughly enjoyed hiking with him, but I wanted to once more marvel at the beauty around me while I hiked. I wanted to savor every last moment of the trail and somehow forget the stress of an approaching deadline. He planned to hike more miles than I did each day, so we basically said our goodbye’s before leaving the shelter that morning. Making friends and memories on the trail is one of the most bittersweet feelings I’ve ever experienced. It’s almost like graduating high school, knowing things will never be the same for you and the people around you. Except, unlike your classmates in school, you actually enjoy and connect with most people on the trail. When I left the shelter, I let any sorrowful thoughts fall into the shadows of my mind and turned my eyes to the blue skies above. I paid close attention to the sounds and sights of birds and other wildlife and made note of any scents drifting through the fresh mountain air. Stopping for a break on top of Baldpate Mountain, I saw rock cairns all around me. I realized I had never made the time to build one of my own in over 1900 miles and throughout 14 states. So, I made time. The first (and only) cairn I built on trail

For the next several days, I saw very few people (most of which were southbound day hikers) and camped alone each night. I reflected on how much my hike had evolved over six months. My intention was to thru-hike alone and enjoy an experience in which I could get to know myself better. To be alone in my mind. Quickly, I learned that my mind is a much noisier place than I had ever imagined. Without the distractions of people, social media, news, etc. you really can’t escape thoughts, especially the less than pleasant ones. In other words, you are forced to contemplate feelings that you have placed on the back burner or masked by “staying busy.” Luckily, from the start, I met a wonderful group of people and was able to partially suppress the racket. But now, alone in Maine, it all came back loud and clear. Surprisingly, I was okay with it. Ready for it, even.  I decided that although I was lonely, being solo for a while was probably just what I needed. With that said, it is strange going extended periods of time with little to no human interaction. Anyone seen Castaway? However, I think its often true that we grow most rapidly outside of our comfort zone. Excerpt from my journal Excerpt from my journal

People often ask me if I was scared being alone, and the truth is–no. But, there were times that I felt a little creeped out. During this stretch of trail, I woke up in Sabbath Day Pond Shelter at about 1am. Wondering what had woken me, I heard it. The most eerie sound pierced the cool night air. The shelter is located in front of a large pond and fog floated all around that night, making it hard to see anything. Over and over the sound wailed. If werewolves were real, you would’ve had a hard time convincing me that anything else was belting the most lonesome song I had ever heard. The next morning while drinking coffee and researching in the shelter log, I discovered it was a loon! Not sure if that’s where the phrase, “crazy as a loon” originated. But, I would believe it. If you’ve never heard the sound, you really should YouTube it. One of the many breathtaking ponds in Maine

I arrived in Rangeley, Maine on my 6th month anniversary, better known as a “trailversary.” Rangeley, ME is a small town that is interestingly located halfway between the equator and North Pole. After getting a quick picture, it was time to grub out. I ate lunch at Doc Grant’s Restaurant. While downing a burger and beer, I contemplated whether or not I should stay in town for the night. It had been raining all day and the forecast didn’t look promising. To quote Keith Whitley, “I’m no stranger to the rain..” But, did I really want to leave a perfectly good town or the opportunity for a warm, dry bed. About that time, the two men next to me asked me if I was a thru-hiker. I suppose they could smell it–literally. Anyway, Patrick and Paul were on a trip out of town that, unfortunately, did not go as planned. Because their trip wasn’t as “lucky” as they had hoped it would be, they gave me a lucky moose to finish my remaining journey with and requested that I take a picture with my moose on top of Katahdin. Paul and Patrick – Rangeley, ME

Sharing stories, laughing and conversing with these two men lifted my spirits more than they know. It’s crazy how much the little interactions mean on trail. The folks you encounter by happenstance all play a little part in your journey. Kind of like Alice In Wonderland, but less creepy.  Thank you, Patrick and Paul for the moose. He just might have made it to Katahdin, but you’ll have to check back to find out!

Here are some additional photos from this breath taking section in Maine: Thanks for following my journey, until next time–