I knew nightfall was only a couple hours away after I crossed the state line into New York. I had told myself that I was not going to let bears scare me out of night hiking anymore. I mean, surely the bears knew that they were supposed to stay within the New Jersey state lines, right? Ladder on the trail

Hiking in New York immediately proved it was going to be slightly more challenging than New Jersey…as I had to climb a ladder within a few miles. Honestly, I’ve gotten so used to the weight of my pack that I feel like my balance might be slightly off kilter the days following the end of my thru-hike.

I trucked on a couple more miles, celebrating in my mind that I was in a new state. Slowly, day began transitioning into night, and it was then that I saw them. Two HUGE black bears. Ugh. It’s not that I don’t enjoy seeing bears, it’s just my bad experience in Virginia with one false charging me has made me a little nervous seeing them alone. Despite my antsy feelings, I pushed on. I reached a power line and stopped to take a seat on a rock, contemplating where I might end up for the night. My eyes followed the trail through the grassy opening to where it lead back into the woods. It looked as if the forest was a green tunnel encompassing a black opening that might lead to Narnia. I laughed at myself, but was still glad to see the four year old was alive and well within my adult shell. I pulled my head lamp out of my pack and decided to continue on, still unsure of my final destination for the night. After about half a mile, I reached NY 17. I was happy to see some water jugs left as trail Magic by the road crossing. There were significant dry spells throughout New York, and luckily trail enthusiasts often left water for parched hikers. After drinking my fill, I decided to check my guidebook pages again to see how far I had come. I couldn’t find them. I realized I must have left them back at the power line. Leaving my pack, I jogged back to the power line. No sight of them. And it dawned on me. I probably accidentally shoved them in the bag I keep my headlamp in. When I returned to my pack, sure enough, I found that I had misplaced them. Ugh. That was a pointless mile on my feet. Oh well, I wasn’t going to let my silly mistake get me down. I hiked on about a mile, lost in thoughts of how I might fight back if a bear were to attack me…when I realized I was doing nothing with my hands. I had left my trekking poles a mile back at NY 17. Angrily, I turned around and went back for my poles. When I reached the crossing, I decided I had enough hiking for the day and I threw my tent up with a quickness. I was so angry with myself that night, I didn’t even cook dinner.

I woke up early the next morning in a much better mood. My new sleeping pad was so comfortable I was actually able to, well…sleep. Even though the day was just as eventful as the previous night, I didn’t let the unfortunate series of events shake my positivity. My first break of the morning I sat in someone’s pee. Yes, you read that correctly. I took a seat right on the edge of the trail and my butt was soaked. There had been no rain in over a week. I’m sure some guy decided to take a trailside pee break and I just happened to pick the lucky spot. Later in the day, I almost fell to serious injury crossing a log. Luckily, my pack hit the log, bouncing me forward and allowing me to straddle the log before falling down to the rocks. It was like a movie scene, honestly. A couple other hikers saw it happen and I think they were more freaked out than I was. A few hours later, I took a wrong turn and ended up on another trail. I’m not quite sure how far I detoured, but I went back and corrected my mistake like the purist thru-hiker I am. The cherry on top of the day was when I night hiked past the shelter I had intended to stay at. So, I camped solo again. To my surprise, I woke up the next morning to a pretty view of the New York City skyline. It was the first time my eyes had seen the city. Rebel Yell has a friend in NYC that had mentioned he would be happy to have hikers stay with him for a visit when Rebel Yell got close. Since I was less than 40 miles behind him on the trail, he said if I could get to the Pawling, NY train station on Friday I could ride in and stay for a day or two. I told him I wasn’t sure how I would pull it off, but I had never been to NYC, so I would make it happen! My first sighting of the New York City Skyline

The day continued to get better when I ran into Mayo. She is a friendly girl from Massachusetts, just a little younger than myself. I had met her before, but we hadn’t hiked together much. She told me of her plans to visit her family for the weekend. They were going to pick her up at RPH Shelter and do a little trail magic before taking her home for a zero day. I told her I was going to NYC for the weekend and I had to figure out where to hitch hike from. She then said, “Why don’t we just hike together? My parents would be happy to take you to Pawling.” It’s just amazing the way things seems to work out on the trail. Whenever you’re in a predicament
it’s not long before the solution presents itself. I went from being alone and plagued with bad luck to suddenly having a hiking partner and a ride to Pawling.

Mayo and I hiked about 24 miles that day. It was a pretty exciting day as we crossed mile 1400, summitted Bear Mountain, visited the Trailside Museum and Zoo, and walked over the Hudson River. Tower on top of Bear Mountain That evening we stopped for dinner at he Appalachian Market. A group of us hikers was sitting outside when Gene, a retired local, walked up and offered to buy us all something we needed or wanted from inside he store. He was very persistent and said he was unable to hike the AT, so he wanted to support us. He called us “pure” people…and said we were the type of people who would save the world someday instead of being lost in the world of television and bland entertainment. I’m not sure if he’s correct in his prediction, but we appreciated his generosity and kindness nevertheless. Mayo, Pan, Gene, and Crusier outside the Appalachain Market

After dinner, Mayo and I hiked another 9 miles or so discussing topics such as men, sisters, foot pain and everything in between. It was nice having female companionship! Considering the fact I hang out with guys more than girls, I never thought I would say that. But, there are definitely some cool chicks out here on the AT.

The following morning, Mayo and I set out to hike 12 miles before meeting her parents at RPH Shelter. Our goal was to make it there between 11am-Noon and we nailed it. It was great meeting her family and the trail magic was awesome! I said goodbye to Mayo and her family when they dropped me off at the train station in Pawling, NY. Rebel Yell was there, and we quickly hopped on a train bound for New York City. After about a two hour ride, I popped out in Grand Central Station in New York City. It was like arriving on a new planet–but, I’ll tell you more about that next time!

Below are some additional photos from this particular stretch of the trail: Thanks for checking in! Until next time– 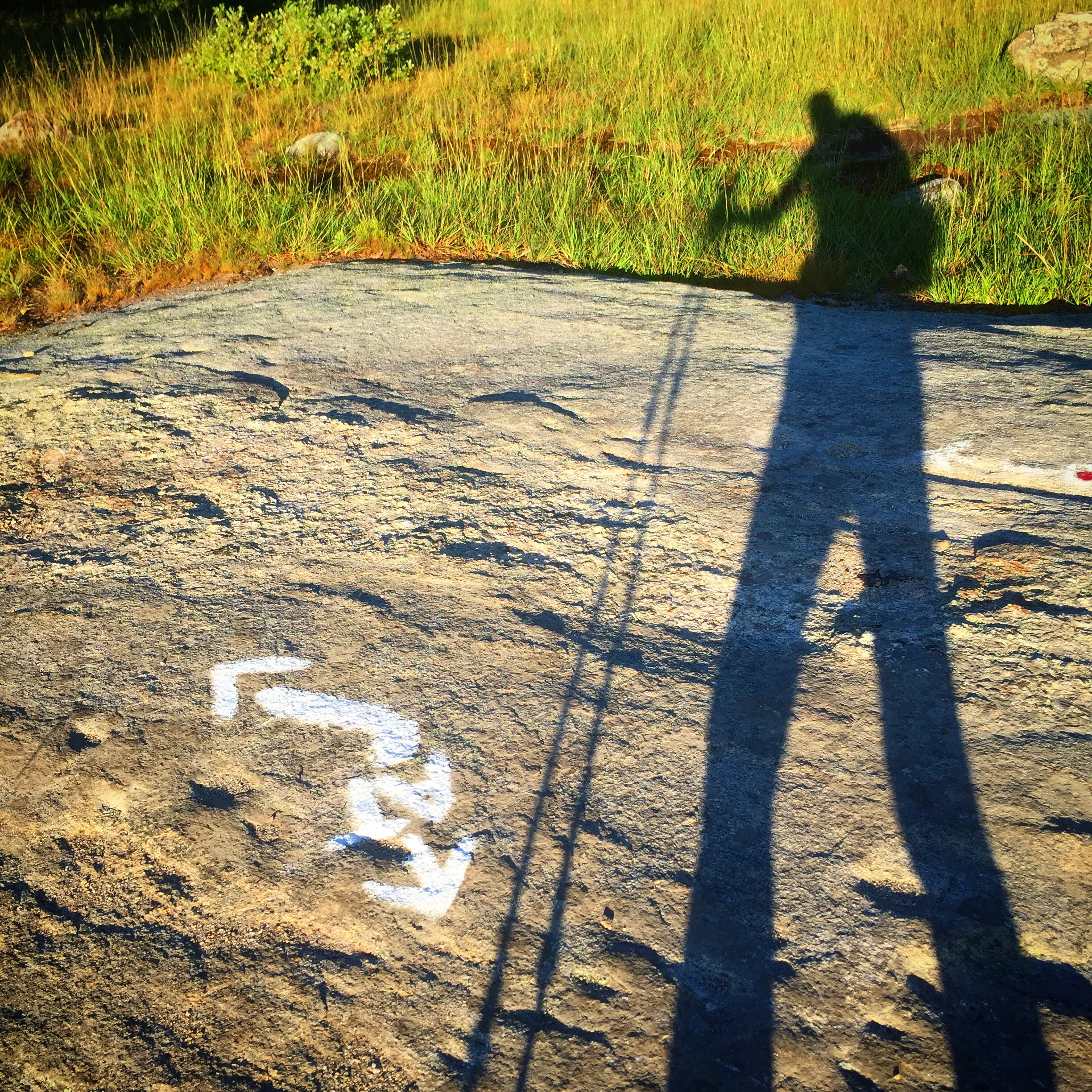